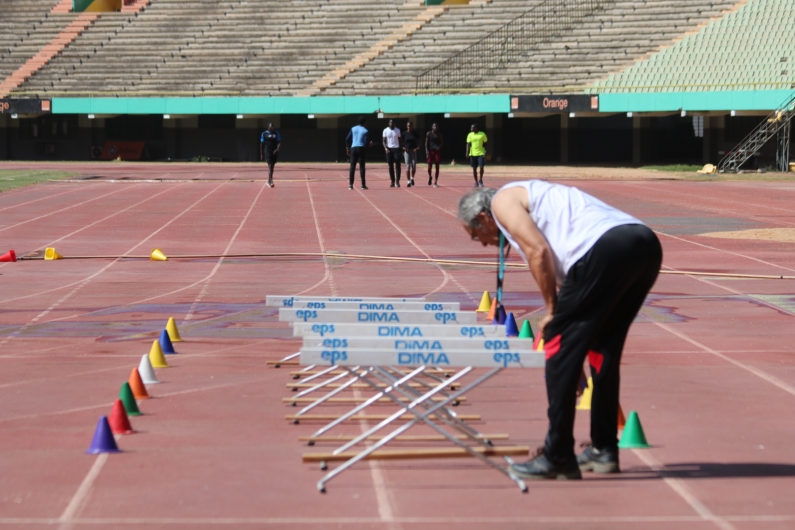 The function of a national technical director requires qualities including a very high level of his specialty, a sense of responsibility, courage in decision-making, insisted athletics experts during a seminar organized by videoconference by the African Athletics Development center in Dakar (AADC).

Anthony Koffi from Côte d'Ivoire and Dramane Coulibaly from Mali recalled the `` role of the National Technical Director (DTN) '' in presence of the Technical Director of the Confederation of African Athletics (CAA) Mr. Aziz Daouda, invited to open the session of this seminar. Congratulating the speakers as well as the participants, Mr. Daouda also thanked the Dakar center for this very good initiative, indicating that the DTN "plays one of the most important roles in a national federation. This is why in addition to competence he must be courageous in his decisions and have a very strong shell ". To be able to well manage the technical aspect of his federation, the DTN must have a solid training that he must consolidate over time, "he added.

A very high-level technician in his sports specialty often placed under the dual hierarchical authority of the minister in charge of sports and functional of the president of the federation, the DTN exercises a very technical profession, rich in renewed challenges, explained the two experts who underlined that there are no standards for this function, which must take into account the specificities of each federation and each country. The political aspects of sport management specific to each country are other factors to be taken into account by the DTN in the exercise of his functions, often in harmony with the strategy of its federation president.

The exercise of the function of the DTN is articulated, in addition to the sports aspect, on political, economic, legal, professional, social, human and media aspects, agreed the two experts by stressing that it must also be a leader, manager, visionary, winner by ensuring the roles of developing privileged relations with elected officials and especially the president and that of coordinating the action of the technical staff of the federation.

The qualities of the DTN were discussed to specify that he must be particularly positive in his thoughts, honest, just grateful, communicator with this desire to encourage good practices and initiatives of his employees. To sum up the qualities of a DTN, it was stated that '' the success of a DTN as a manager largely depends on his team '' to conclude that '' if the employee is a 100m specialist, the manager is a decathlete ''. The debate which followed focused on the specificities of the federations according to the regions of the continent.

Mohamed Zemmour for the CAA.