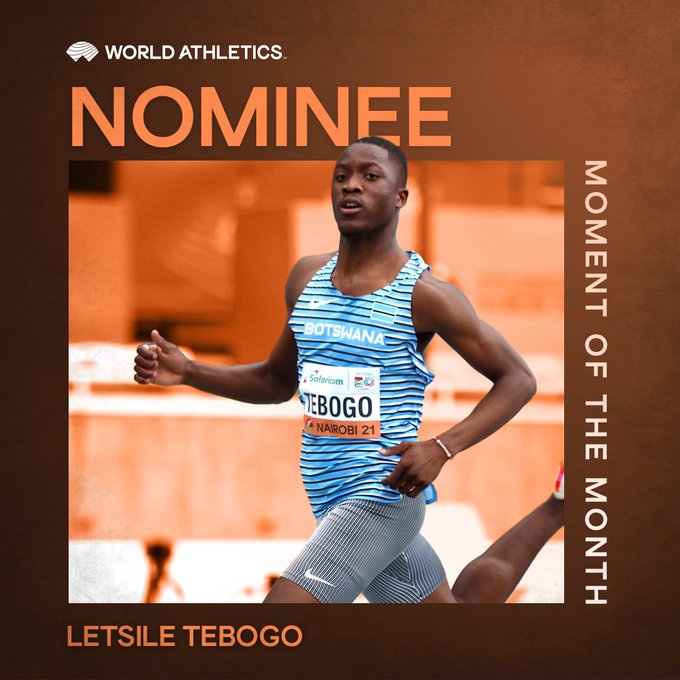 Two African athletes have been nominated by World Athletics for the Performance of the Month award for May. They are Batswana’s Letsile Tebogo and Namibia’s Christine Mboma. The former broke the U20 world record of 100m with a time of 9s96. He beat the record of America’s Trayvon Brommell who had clocked 9s97, in 2014. Mboma signed a time of 10s9 in 100m, the 7th best performance in the world of the year. In the 200m, she won the best world performance of the year with a time of 21s81.

Kip Keino Classic: The sprint at the rendezvous

The Kenyan capital Nairobi will host a meeting of the Continental Tour Gold on May 7. And several stars have announced their participation, including the reigning Olympic champion in the 100m, Marcel Jacobs. The Italian will rival with the star of African athletics, Ferdinand Omanyala. And for the Italian, it's the perfect place to start his season. For Omanyala, his wish is to improve his African record.

A great performance for Algerian athletics. Hurdler Amin Bouanani won the 110m hurdles on Saturday at the Paris Meeting. Amin Bouanani set a time of 13.75. A time considered as a qualification standard for the Mediterranean Games (Oran-2022) as well as for the African Championships in Mauritius.

Nigerian athlete Favor Ofili (19) ran the 100m in 10s93. This is the first time she has gone under the legendary time of 11 second. This is currently the 4th best performance of the year over the distance. Only Sturgis (10s87), Elaine Thompson Herah (10s89) and Abby Steiner (10s92) have done better than her this year. Over 200m, Favor Ofili was so far the best performer of the year with a 21s96, recorded on April 15. However, she was dethroned by the Namibian Christine Mboma.