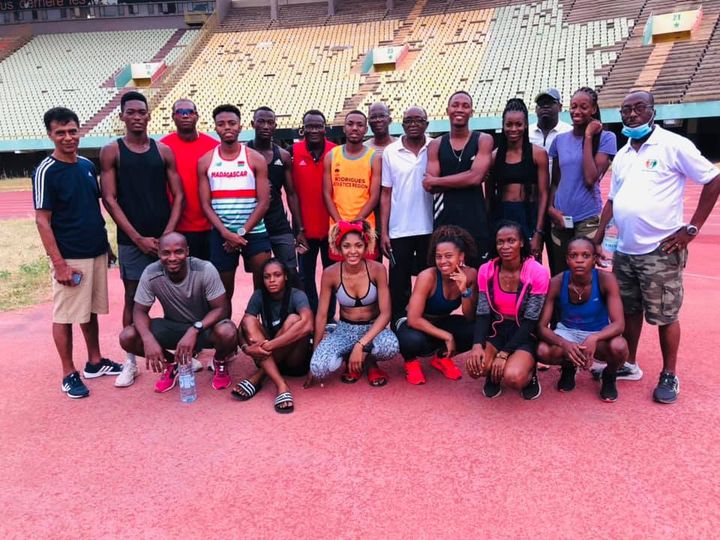 CONFEJES, in partnership with the Confederation of African Athletics(CAA) organized from October 25 to 31, 2021 in Dakar a training camp to prepare the 2021-2022 season for the benefit of CONFEJES athletes of AADC Dakar, Lomé and Mauritius.

This training camp which regrouped 13 athletes is intended to prepare the next major sporting events especially the Africa championships, the Francophony Games, the world Athletics championships and the Paris 2024 Olympic Games. The technical supervision was ensured by the coaches of these three centers under the supervision of Anthony KOFFI.

The opening ceremony was enhanced by the presence of Mrs Louisette-Renée THOBI, the newly promoted as Secretary General of CONFEJES, of the regional Coordinator of African Athletic Development Centers, of the Senegalese National and Sport and Olympic committee, of the Senegalese Athletic federation’s  president.