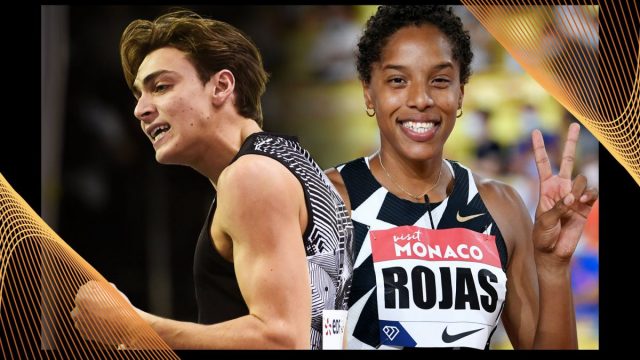 Duplantis, a world silver medallist in Doha last year, set a world record by clearing 6.17m in Torun, Poland, in February and then bettered that by one centimetre in Glasgow the same month.

He also produced the highest-ever outdoor pole vault jump when he cleared 6.15 metres to win gold at the Rome Diamond League meeting in September. The 21-year-old won all 16 of his meetings this year to register a perfect season.

The Covid Inspiration Award went to France’s former world pole vault record holder, Renaud Lavillenie, who came up with the idea of the Ultimate Garden Clash events, where athletes competed with each other in separate locations, sometimes their own back gardens, linked by video.

Coaching Achievement of the Year : Duplantis Family (Helena and Greig)

The Athletics Photograph of the Year Award went to Michael Steele, of Getty Images, for a picture of young Kenyan children taking part in a cross country event in Eldoret.

The Member Federations of the Year award was won by the Polish Athletics Association, which was responsible for hosting the World Half Marathon Championships.

The Athletes Community Award was given to athletics clubs around the world for their efforts in keeping the sport going despite the COVID-19 pandemic.