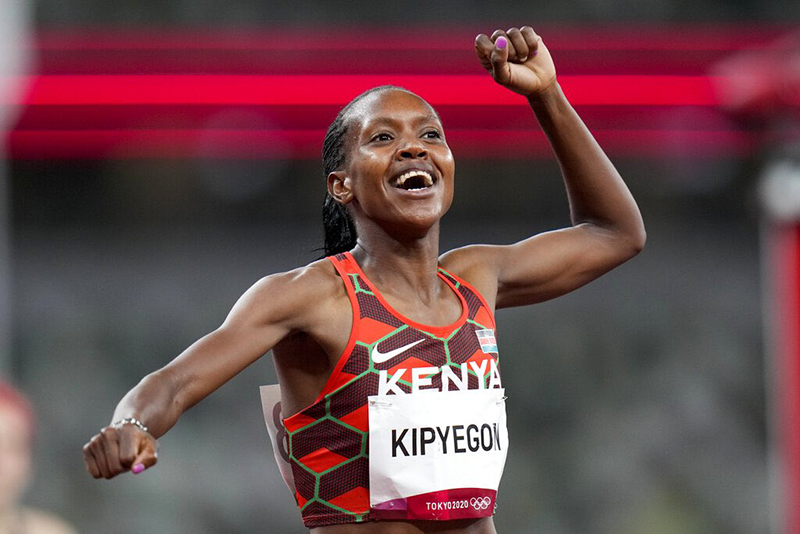 A number of Tokyo Olympic medallists, including champions Faith Kipyegon and Peruth Chemutai, will be among the athletes in action at the Kip Keino Classic, a World Athletics Continental Tour Gold meeting, in Nairobi, Kenya, on 18 September.

Athletes from at least 28 countries are expected to compete when the final meeting of this year’s Continental Tour Gold series is held at the Kasarani Stadium, which recently hosted the World Athletics U20 Championships.

After winning her second Olympic 1500m title and then claiming the series crown at the Wanda Diamond League final in Zurich, Kenya’s Kipyegon will make her Kip Keino Classic debut. Uganda’s Olympic 3000m steeplechase champion Chemutai, meanwhile, returns to the event after her sixth-place finish in the inaugural edition of the meeting last year.

Both Olympic steeplechase champions will be competing, with Soufiane El Bakkali of Morocco having already been announced for the men’s race.

Namibia's Christine Mboma improved her world U20 record and African record to 21.78 to win the 200m Diamond Trophy in Zurich and the Olympic silver medallist returns to Nairobi, where the 18-year-old won the world U20 title last month.