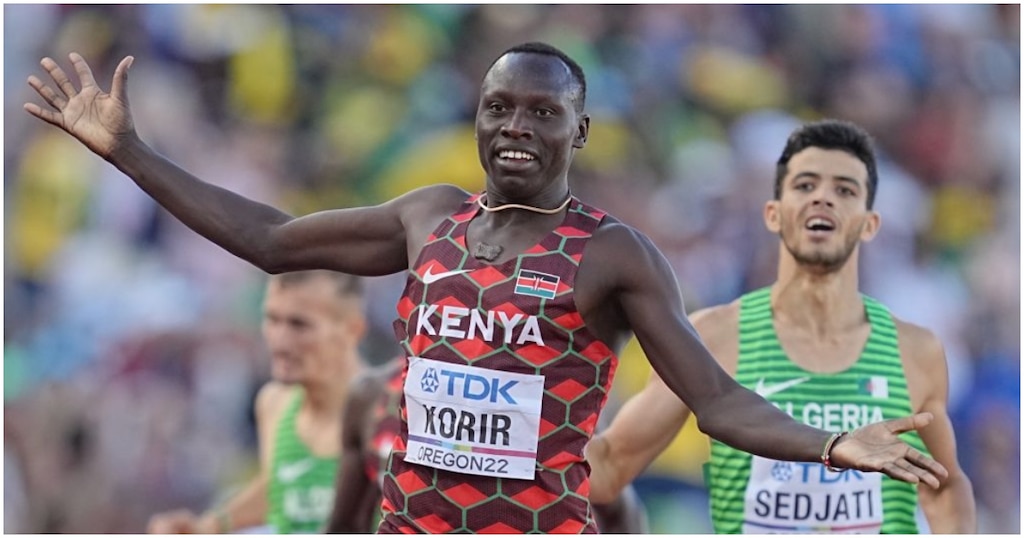 Eugene - Emmanuel Korir was just 17 when David Rudisha dropped jaws around London's Olympic Stadium in 2012. Rudisha, only 23 at the time, crossed the finish line in 1 minute 40.91 seconds to become the first and only man to break the 1:41 barrier in one of the great spectacles in Olympic history. Nijel Amos of Botswana was second, in a time that tied him with Sebastian Coe, the current World Athletics boss, as the third-fastest man in the history of the event. But Korir now believes his next mission after back- to-back gold medals at the Tokyo Olympics and Oregon World Championships will be to break Rudisha’s long standing record.

Speaking in Oregon after handing Kenya her second gold medal, 27-year-old Korir, who is the sixth fastest man in the history of 800m, reckoned that Rudisha’s 10-year record is achievable over time. “After winning in Tokyo and Oregon, I now want to try something extraordinary- to break Rudisha’s record. My aim is to run for the next 10 years to come,” Korir, who is based in USA said.

“I do feel that we still have enough time to get close to that record or even break it,” said Korir, who pushed his way toward the front with about 150 meters to go and then passed Canada’s Marco Arop on the home straightaway to win in 1 minute, 43.71 seconds.

Algeria’s Djamel Sedjati settled for a silver medal in 1:44.14, as Arop dipped to third to claim bronze in 1:44.28. Korir’s namesake and compatriot Emmanuel Wanyonyi missed the podium by a whisker when he returned fourth.

Korir dedicated his medal in Oregon to Kenyan fans who have supported him from the onset.

“This is not only for me, it’s for all Kenyans, wherever they are they must celebrate. I wish to thank Kenyan fans for their patience and ask them for their support wherever we go, we really appreciate it,” he said. Korir also congratulated compatriots Wycliffe Kinyamal and Wanyonyi for a brave fight and even as medals eluded them.

“These guys are also very special. We were the best team and all of us came to the final as champions. Wanyonyi is a champion of the juniors and I am the Olympic champion with Kinyamal being the Commonwealth champion. Running with the best of the world in a final is a great achievement in itself.”