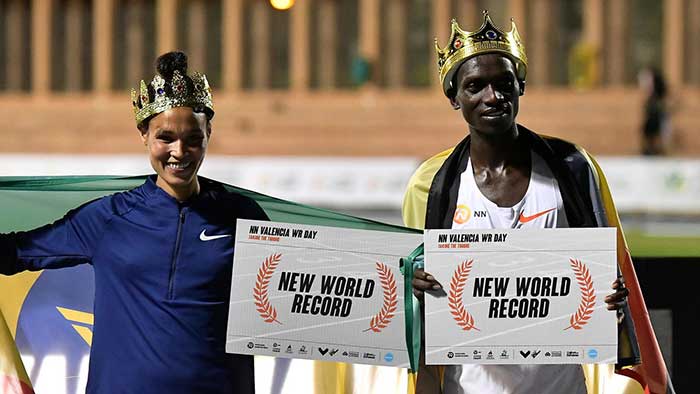 Cheptegei has confirmed his status as the best long-distance runner of the moment, he who simply aspires to be the best of all time.

“I met everyone's expectations, and I made my dream come true,” slipped the Ugandan shortly after his feat. We're here to write history, and show that athletics is always exciting. You had to give everything. The current situation is difficult for everyone, but these kinds of feats can bring joy to people. "

Previously, the Ethiopian Letensebet Gidey had distinguished herself in a very good way by passing from life to death the world record of the 5,000 m of her compatriot Tirunesh Dibaba, established in 2008 in 14'11''15, with a stopwatch staggering 14'06''62.

The Ethiopian vice-champion of the world in the 10,000m had announced in recent days that she was going to do it, and she did!

The performances of these two new legends prove that the future of athletics is in Africa.